Thank you to everyone who attended our Women in World War II afternoon tea. And thank you to @NorfolkLibs, who tweeted the following photos from the event! 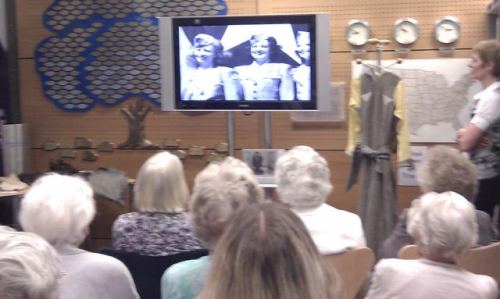 Films were screened from the Memorial Library’s collection featuring Land Army Girls, GI Brides, the Women’s Army Corps and the Red Cross. Clothing from World War II was on display, including a reproduction of a siren suit! 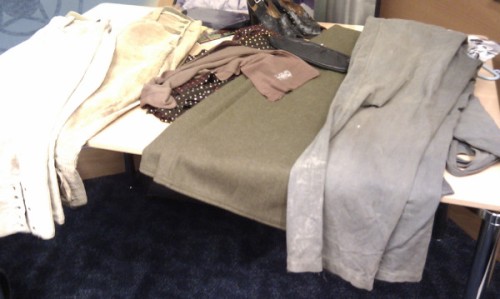 If you enjoyed this event, we hope you’ll consider coming to “Recruitment and Containment: Hollywood Celebrates Military Women in World War II,” the third talk in our series on American life and culture, given by Professor Yvonne Tasker from the University of East Anglia’s School of Film and Television Studies on 22nd November, 6:30-7:30pm. Admission is free, but you can book a place by contacting the Memorial Library at 01603 774747 or 2admemorial.lib@norfolk.gov.uk