The library collection boasts two books, written by Americans for Americans and in America, which have nevertheless been called “un-American” and for this have been banned.

Un-American is one of those curious words that say more about the people who use them than about what they are applied to. For instance, a few years ago a supermarket chain responded to a law banning plastic bags from the city of Annapolis — because they were ending up in the Chesapeake — by saying it took choices away from customers and was therefore “un-American”. Choices are American; fewer choices un-American.

Dee Brown introduces his book Bury My Heart at Wounded Knee (Holt, Rinehart & Winston, 1970), about the settling of the American West, with these lines:

I have tried to fashion a narrative of the conquest of the American West as the victims experienced it, using their own words whenever possible. Americans who have always looked westward when reading about this period should read this book facing eastward.

“Excellent,” the American censors respond. “Where once we had one choice, one idea, now we have two. How very democratic and how very American!”

Not so fast, buckaroo. Bury My Heart was challenged in 1974 by a Wisconsin school district official who thought the book might be polemical (“slanted”) and maybe even controversial. “If there’s a possibility that something might be controversial,” the official stated, “then why not eliminate it.” The Wisconsin Censorship Dateline identified “un-American” as the reason for the challenge. In some western state, at least, the idea that the American Indian was anything other than “the dark menace” whose enclosure and elimination need be expressed only by the trochaic refrain “Oklahoma!” — by golly, that’s one choice too many.

We know we belong to the land
And the land we belong to is grand!
And when we say — Yeeow! A-yip-i-o-ee ay!
We’re only sayin’ You’re doin’ fine, Oklahoma! Oklahoma – O.K. 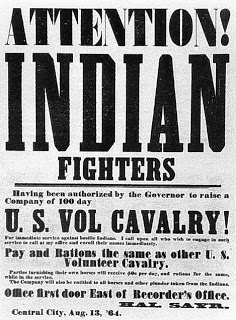 “Millions of Americans work full-time,” reads the inside flap of another book, “year-round, for poverty-level wages.” Barbara Ehrenreich’s Nickel and Dimed (Henry Holt, 2001) “reveals low-wage America in all its tenacity, anxiety, and surprising generosity — a land of Big Boxes, fast food, and a thousand desperate stratagems for survival.” Revealed, that is, firsthand to the author, who researched the book by moving around the country actually working low-wage jobs — to see what life at the bottom rung is like.

Well, it’s not as good as the welfare reformers would have you believe, it turns out. It takes two $7-an-hour jobs to afford housing, and the conditions are brutal, back-breaking, and degrading. “There seems to be a vicious cycle at work here, making ours not just an economy but a culture of extreme inequality,” Ehrenreich writes.

Corporate decision makers … occupy an economic position miles above that of the underpaid people whose labor they depend on. For reasons that have more to do with class — and often racial — prejudice than with actual experience, they tend to fear and distrust the category of people from which they recruit their workers. Hence the perceived need for repressive management … and the high cost of repression results in ever more pressure to hold wages down.

According to a residents of a school district in Bedford, New Hampshire, the book offers a “biased portrayal of capitalism” and is “un-American”. They successfully had it pulled from a personal finance course in 2010.

Ehrenreich writes, “The larger society seems to be caught up in a similar cycle: cutting public services for the poor … while investing more heavily in prisons and cops.”

Camden, NJ is less than an hour and a half’s drive from Easton, PA. It is one of the poorest cities in America.

“Socialist,” screamed residents of Easton, Pennsylvania, in 2011. Ehrenreich’s point of view is “garbage” and her book “promotes economic fallacies”. It has “no moral value”.

“And in larger society, too,” she writes, “the cost of repression becomes another factor weighing against the expansion or restoration of needed services. It is a tragic cycle, condemning us to ever deeper inequality, and in the long run, almost no one benefits but the agents of repression themselves.”

Six years after the book was published, the chickens came home to roost in Wall Street. Bad investments made without any accountability or oversight did not pay off, and the economy was ruined for 18 months. Over a decade later, many people still have not recovered what they lost — except for those at the top, the “agents of repression”. They have recovered everything and more.

The academics at the University of North Carolina seemed to sense the importance of Ehrenreich’s warning. They assigned the book in 2003 as required reading to all incoming freshmen. It wasn’t long before state lawmakers choked on their caviar, supporting a ban by citing a “pattern” of anti-Christian sentiment at the university.

At the bottom rung of the Christian nation, things don’t look so decent and God-fearing anymore — this is what Ehrenreich discovered. And this is the sentiment that residents of North Carolina, Pennsylvania, and New Hampshire found “belittling to Christians”. But to be fair, she belittles the Buddhists as well. After remembering an account of a Buddhist monastery where wealthy Californians pay to find enlightenment by doing menial chores, Ehrenreich makes light of her own bleak condition:

I decide not even to complain about having my first paycheck withheld or the ways we’re shortchanged every day. We’re told to get to work at 7:30, but the meter doesn’t start running until about 8:00, when we take off in the cars, and there’s no pay for the half hour or so we spend in the office at the end of the day, sorting out the dirty rags before they’re washed and refilling our cleaning fluid bottles. But why complain about not being paid, when those people at the Buddhist monastery pay with their own money to do the same kind of work?

Nevermind. Belittling Buddhists is evidently not un-American at all.

What else is un-American?