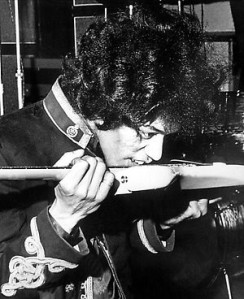 Rock legend Jimi Hendrix played for around 300 people in Norwich in 1967.

There’s a building in Red Lion Street where Hendrix played in the sixties. In those years it was a pub, the Orford Arms, that had been pulling pints a century before. It had three bars on the ground floor and a lighted sign on the roof. “For strength and quality — Billiards — Beers,” it read. The room Hendrix played in was below ground, in the cellar.

The Orford Arms cellar — “the Orford Cellar” — could hold only three hundred people. It was a humid, cramped space with a low ceiling. “The walls were sweaty but we used to go in and have a good time,” recalls a local musician. There was a big picture of Al Capone. A jukebox. Fluorescent lights picked up “the vivid DayGlo” wall coverings. One January night in 1967 the queues ran way down the street to the Bell Hotel. Tickets were seven shillings, sixpence. On the bill was the guitarist dubbed “Mr. Phenomenon” earlier that winter by the British weekly music rag Record Mirror, a shaggy-haired African-American called Jimi Hendrix.

John Bailey, a regular at the Cellar, remembers the night. “When I got there it was full,” he said. “But … the bouncer Levi McCarthy lifted someone out so I could get in.” Geno Washington and Ram Jam Band was the warm-up. A few minutes after ten o’clock the lanky American brushed an English girl on the stairs. She recalls, “I think he looked down my cleavage but he was so stoned it was hard to tell.”

That year Hendrix, not yet 25, would reach the UK top ten charts three times — for “Hey Joe”, “Purple Haze”, and “The Wind Cries Mary”. A few months after his Norwich set Hendrix took his wah-warped screaming feedback blues-inspired brand of rock to California, where American crowds discovered what the people of Norwich already knew. Here was the new groove. 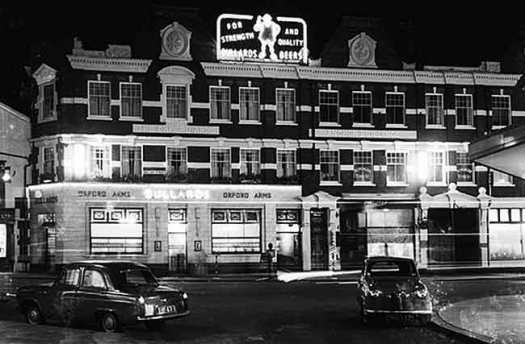 The Orford Arms, Red Lion Street. The cellar was a music venue. “It was the first real nightclub in the city,” remembers Jim Archer, who tended the bar there. “It was always heaving and the atmosphere was electric.”

October is Black History Month in the UK and this county’s calendar is crammed full of inspirational, fun and thought provoking events. Tonight at Cromer hear the Norfolk soul musician John Davison tell the story of how Norfolk pioneered Blues and Soul into Great Britain — and catch a performance by former USAF “soul man” Bruce Lucas. The event is called “How Norfolk got the Groove” and also takes place on Friday 18th October from 6.30-8pm in the Curve here at the Forum.

A county-wide calendar of events is online here. There is a shorter events listing here.

Thursday 10th October, 12.00-1.30pm. “Collection and Commemoration,” a talk by Nicole Wilson from UEA about slavery “in sight and memory.”

Tuesday 15th October, 6pm. “Warrior Marks,” a talk by Dr Rebecca Tillet from UEA about Alice Walker’s writing. Alice Walker is the celebrated and controversial African-American author and poet whose book The Color Purple (1982) won the National Book Award and the Pulitzer Prize.

Wednesday 16th October, 6pm. “The Global Anti-Apartheid Movement in Norwich,” a talk by Dr Nicholas Grant from UEA which will accompany a small exhibition in the library.