Throughout the United States, many participate in National Pearl Harbor Remembrance Day, with the purpose of remembering and honoring all those who died during the attack on Sunday morning December 7th, 1941.

During the surprise attack led by the Empire of Japan on the American Army and Navy base at Pearl Harbor, approximately 2,400 Americans were killed and an estimated 1,100 were wounded. Four Navy battleships were damaged and four sank as a result of the attack. This also led to the damage and sinking of three cruisers, three destroyers and a minelayer. There were 188 aircraft damaged or destroyed.

The day after the attack, President Franklin Roosevelt called the bombing of Pearl Harbor “a date which will live in infamy” as he prepared to speak to Congress.  As a result of the attack, the United States entered World War 11 by declaration of war against Japan.

As we remember those who died and those who survived the attack, flag of the United States of America is displayed in the homes of many Americans, flown at the White House and all United States government buildings. The flag is flown at half-mast until sunset.

Just before the 50th anniversary of the attack on Pearl Harbor, the United States Congress established the Pearl Harbor Commemorative Medal. This medal was awarded to those in the U.S. Armed Forces and who were present in Hawaii and participated in combat operations that day against the attack. Civilians who were killed or injured in the attack were also awarded.

Several Memorials have been built to remember or to symbolize the day. In 1962, a marble memorial designed by architect Alfred Preis was built over the sunken USS Arizona. The memorial remembers all military personnel who were killed in the Pearl Harbor attack.

The USS Utah Memorial was built to honor the crew on the northwest shore of Ford Island, where the ship was destroyed. The ship was added to the National Register of Historic Places and declared a National Historic Landmark in 1989.

If you would like to do your own reading on Pearl Harbor, learn more by using our library catalogue. Here are a few from our collection: 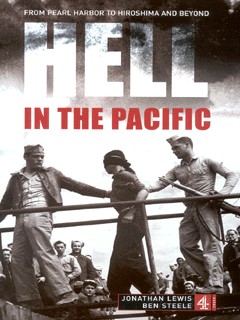