New Fiction for a New Year

We have some great fiction titles available to check out at the Memorial Library, with a new order of contemporary and classic American fiction gracing our shelves. Here are a few titles available, personally recommended by 2AD staff: 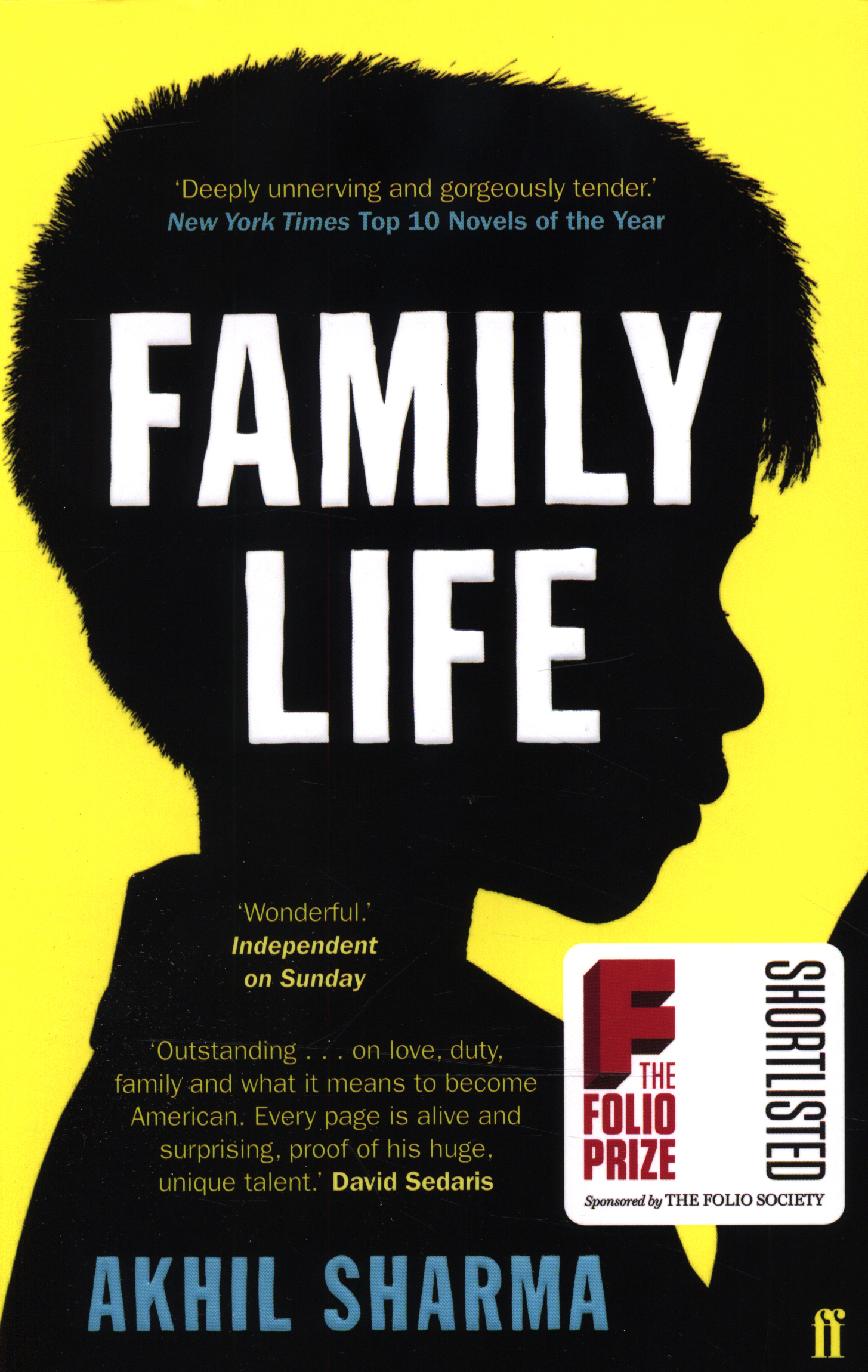 Winner of the prestigious Folio prize in 2015, Family Life is a novel closely based on the author’s autobiographical experiences. Family Life follows the eight-year-old narrator, Ajay, as he and his family emigrate from Delhi to settle in the United States, where his father has found a new job. Akhil and his older brother enjoy discovering the joys of America, such as elevators, hot tap water and 24-hour TV, until tragedy strikes and Akhil’s new life in a new land is never the same again.

This is a novel both funny and tragic, with memorable depictions of a young immigrant’s life in America and his attempts to adapt to its culture, complicated sibling relationships and a family’s struggle to cope with a devastating event. You can read an excerpt from the novel (published as a short story in The New Yorker) here, but be prepared for spoilers! Sharma has also written an excellent article about his experiences writing Family Life, and the difficulties and challenges he encountered from writing a fictional work so closely based on his own experiences. If you’re a fan of writers like Chekhov, Raymond Carver or Jhumpa Lahiri, you will likely enjoy this book.

An American anti-war classic, Slaughterhouse-five is a must-read for those interested in WWII-themed fiction, black humor or science fiction. Based on Vonnegut’s personal experiences as a prisoner-of-war in Germany, Slaughterhouse-five is a darkly satirical take on the Allies’ destructive bombing of Dresden. The novel is narrated in a non-linear style as it follows the story of Billy Pilgrim, an American soldier who has become ‘unstuck’ in time, gaining the ability to randomly time travel to different periods throughout his life (usually during inappropriate moments!). A popular bestseller at the time of its release, the book was also adapted into a 1972 film.

The absurd, at time irreverent tone of the novel is contrasted with the seriousness of its subject matter, as it examines the violence and strife experienced by the soldiers (both German and American). Ultimately, the balance between humor and seriousness is well achieved and hard to forget. Along with Joseph Heller’s Catch-22, Slaughterhouse-five is arguably one of the most important war novels written since 1945 and a genuine pleasure to read.

The Lottery and Other Stories (Shirley Jackson)

Shirley Jackson is a decidedly underrated American short story writer and novelist who has become the subject of considerate critical acclaim and attention in recent years. You may have heard of her via her infamous and controversial short story ‘The Lottery’ (which provides the title for this collection), or her haunting and eerie novels We Have Always Lived in the Castle and The Haunting of Hill House (the basis for the two horror films of the same name). In this collection of 24 unusual and restless tales, don’t expect to escape undisturbed. With her straightforward, compelling writing style and shocking plot twists (as made most evident in the title story), Jackson is truly a literary gem worth exploring, especially for fans of Stephen King and Neil Gaiman.

Two stories not included in the collection, ‘Paranoia‘ and ‘The Man in the Woods‘, are available to read online at The New Yorker website if you want to gain an initial sense of Jackson’s themes and style. If you want to learn more about Jackson and her thoughts and advice about writing, you can read a series of craft-focused lectures she gave here. You can also read the letters sent to The New Yorker by readers upset or disturbed by ‘The Lottery’ (it was the most mail for a piece of fiction that the magazine had ever received!).

Below are just a few of the other books we have available. You can search for these newly acquired books and more via our online library catalog.