I love watching documentaries, as they provide the perfect balance between learning about a topic you may previously have known nothing about, and being deeply entertained. Here are a few classic American documentaries that I highly recommend for your summertime viewing (ideally late at night, as during the day it’s best to get out and enjoy the sun while we still can!):

If you only watch one film on this list, watch this one! Released in 1994, Hoop Dreams follows two African American boys from Chicago, from the age of fourteen to their first year of college, as they dream of becoming NBA basketball players (a job they are told they only have a .00005 percent chance of getting). Over three hours long, Hoop Dreams was originally intended to be a 30-minute television broadcast, but the filmmakers found themselves so compelled by the story they ended up filming the two boys for over five years and shooting over 250 hours of footage. The film begins with the two boys as they are recruited by a local talent scout to play at a predominantly white, wealthy Catholic school. The boys wake up at 5.30am for their daily 90-minute commute, endure long and brutal practices, suffer from potentially career-debilitating injuries, and worry about getting high enough test scores to get into a college without losing their scholarships. We also meet the boys’ families: a father fighting drug problems, an ex-girlfriend with a child, a mother working to graduate from nursing school. As absorbing as any fictional drama, with a compelling reversal of fortune at the end that has to be seen to be believed, Hoop Dreams is a vivid depiction of everyday life in poor black city neighborhoods, where violence is a constant threat and any opportunity you are offered feels urgently vital. 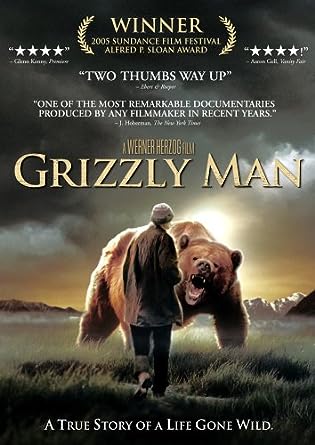 Directed by the legendary filmmaker Werner Herzog, Grizzly Man is an excellent place to start if you are unfamiliar with Herzog’s work. This documentary tells the story of Timothy Treadwell, an American man so enthusiastic about bears he spent 13 summers in rural Alaska filming and interacting with grizzly bears and other wildlife. Treadwell claimed that he was “protecting” the bears, a statement contradicted by local park rangers (the bears were already located in a national park, and some rangers stated that familiarizing the bears with humans was actually harmful for the bears themselves). In 2003 Treadwell and his girlfriend were killed and eaten by a grizzly bear, and their remains were discovered by a pilot a few weeks later.

Much of Grizzly Man consists of the footage shot by Treadwell, which Herzog discusses and analyses, praising Tradwell’s unique perspective. There’s also interviews with Treadwell’s family and friends , bear experts, and the coroner who analysed the remains. While admiring the quality of Treadwell’s filmmaking, Herzog also reflects upon the relationship between man and nature, contrasting Treadwell’s sentimental view of the bears with the harsh reality of what happened. What makes Grizzly Man interesting is the balanced view it presents of Treadwell: whatever your own opinion may be of him, Herzog is fair in his depiction.

The King of Kong: A Fistful of Quarters

More light-hearted in tone than the previous two films, King of Kong is an enjoyable documentary about obsession, competition, and a grim rivalry. The rivalry in question is over the classic arcade game Donkey Kong, and the men involved are disputing over who is the all-time leading scorer. One man is a famous hot sauce tycoon and proficient arcade game record-setter who was named Video Game Player of the Century. The other man is the decided underdog, an under-employed father who plays Donkey Kong on a machine in his garage. A lot of the fun from this documentary comes from how seriously these two take the pursuit of the all-time high Donkey Kong score; their dedication would surpass that of any Olympian. Good-natured and lively, King of Kong is an amusing film about just how far some people will go in order to achieve their dreams. 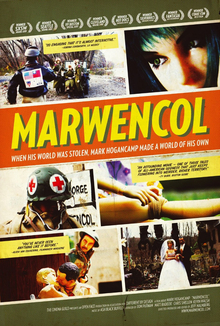 Perhaps the least well-known of the films appearing on this list, Marwencol was released in 2010 and follows an artist called Mark living in upstate New York. In 2000, Mark was attacked by five men while leaving a bar. In a coma for nine days, he awoke with no memory of his previous life. He was left with significant brain damage that led to him having to relearn basic tasks such as walking, talking, and writing cursive (some skills he had earlier, like drawing comics, he was never able to relearn). After a certain amount of time his health care funds for rehabilitative therapy ended, so he was left adrift with no support.

This leads to Mark inventing his own form of self-therapy, which consists of him building a small-scale World War II-era town in his backyard that he calls “Marwencol.” He populates this town with dolls and Army action figures that he uses as alter egos of himself, his friends, local waitresses, and even his attackers themselves. Besides using the dolls to act out various battles and storylines (the one involving the blue-haired Belgian witch and her time machine, built out of an old VCR machine, was my favorite), Mark starts taking strikingly realistic photographs of Marwencol (you can view some of his photos here and here). Eventually his photographs are discovered and published, and he gets invited to come do a show in New York, thus initiating an art career for work that Mark considers deeply personal.

This movie is very moving and affecting, with a story filled with unexpected twists and turns. If you’re interested in a story about how a man uses art as a refugee and salvation, then I highly recommend this film.