More Items from the Memorabilia Collection

We’ve already highlighted a few items from our recently reorganized Memorabilia Collection and thought it’d be fun to show a few more. We have well over 300 items of memorabilia stored at the library, which have been acquired over many years from veterans and their families, as well as local patrons.

The reorganization of the collection was a big job. For many years the collection was kept in a variety of boxes and envelopes, and items were difficult to find and frequently got put back in the wrong place. Heading the project was Rachel Willis, who previously worked with the Norfolk Museum Service and brought with her a wealth of expertise. Without Rachel’s experience and knowledge, this job would certainly have never been completed, especially to such a high standard.

The puzzle above is one example of the kind of stories that exist behind the archive items, stories that highlight the connection that grew between local residents and the America This wooden jigsaw puzzle was offered to the archive by a gentleman who’d been a young boy in the 1940’s. His family, like many others, made friends with some of the American servicemen that they’d met in Norwich. One serviceman was kind enough to have a Christmas gift box of presents for the children in his ‘Norwich’ family sent from the States. One of these gifts was the jigsaw puzzle. The gentleman told us he had never put the puzzle together as he had been too young at the time but had kept it through the years and wondered if we would have a use for it. Look at those unusually shaped pieces!

This is an example of sweetheart jewelry, made by servicemen to send back to girlfriends or wives in America. This particular example was made by an American airman for an English woman, who was only a young girl during the war, when the airman used to visit her family. It is a Perspex heart with small gold wings embedded.

An example of a dance invitation at an Officer’s Club.

Above are dogtags, which is an informal name for the identification tags worn by military personnel, named after the resemblance to actual dog tags. The tag is primarily used for the identification of the dead and wounded, and also carries essential basic information for the treatment of the injured (blood type and history of inoculation), along with providing religious preference.

This armband was used by the French Forces for the identification of their fighting units. 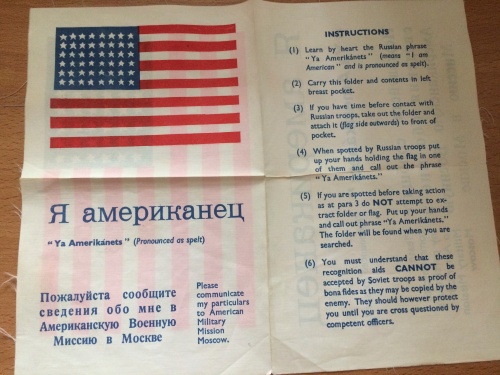 Essential Russian phrases for American servicemen, should they be shot down in the area. 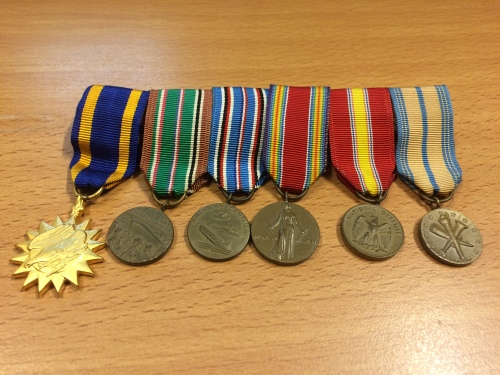 We also have quite the collection of medals…

… and along with ration books for food (seem below), we also have a ration book for motor fuel. 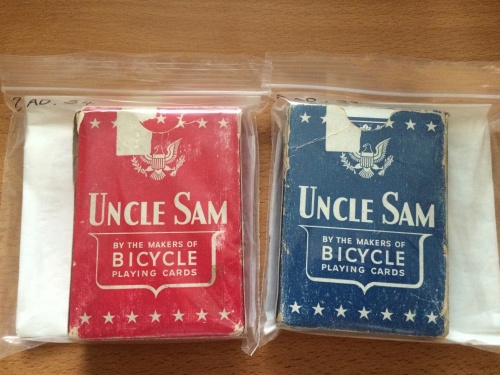 Playing cards are used for fun. 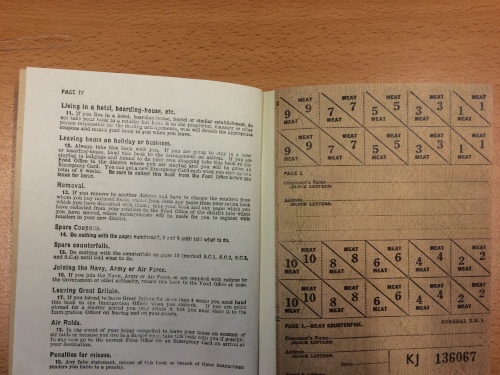 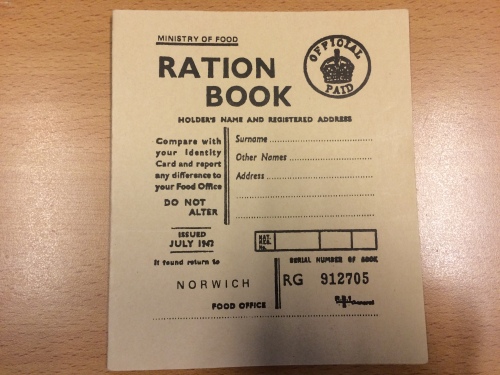 And finally here is our fine selection of ration books. School children who come visit the library are always fascinated by the idea that people couldn’t just walk into a Tesco and get whatever they wanted!

Below are a series of photos from the collection, some of which are available to view on our Digital Archive.

This photo is of a crash site of a B24 Liberator in Langley woods near Lodden, about 4 miles from Seething base. A P47 Fighter aircrast was practicing making passes at the B24 but got too close and his propeller hit the Liberator. Both aircraft crashed, resulting in the deaths of 8 young men on March 13th 1945. 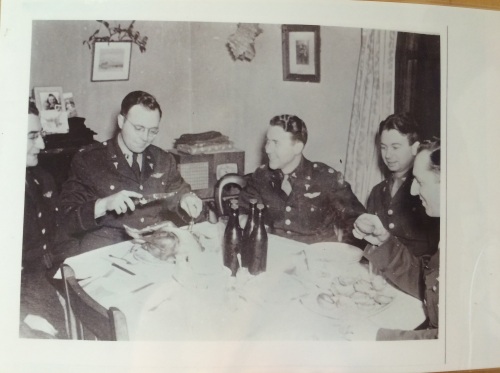 Christmas 1944 in a local farmhouse near the Seething bae. Mr. & Mrs Shulver from Thwaite St Mary lived in their farmhouse close to the hospital site and invited all those there to Christmas lunch. 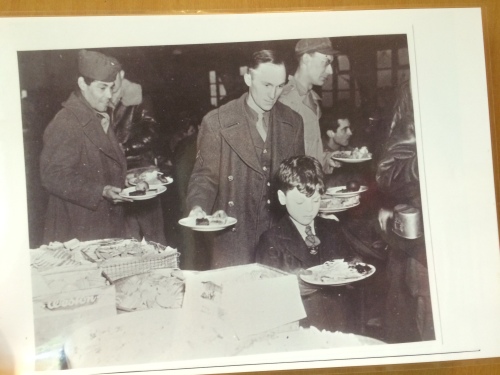 A children’s Chirstmas party held in December 1944 on the 448th Base. 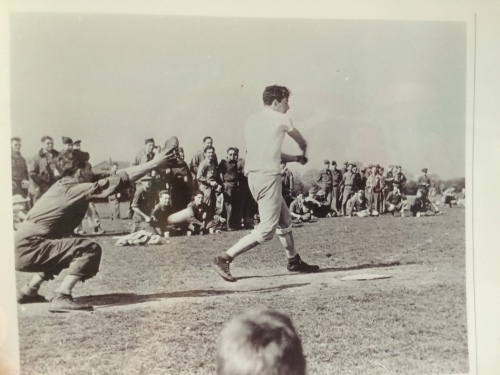 A baseball game on Station 146 Seething. The airmen used to play football, softball, and baseball on base.

All in all, it’s items like these in our memorabilia collection that truly allow the library to function as “living history.”

2 responses to “More Items from the Memorabilia Collection”