Today marks the 75th anniversary of the first Luftwaffe raid of Norwich, part of the Baedeker raids that also occurred over Canterbury, Bath, Exeter, and York. The raids got their name from the Baedeker guidebooks which noted that these cities were of great cultural and historical importance. It is commonly accepted that it was from these guides that the Germans decided which cities to strike.

In honor of the anniversary we revisit a book review written by a former American Scholar. Snelling’s book is a great resource for anyone interested in learning more about the raids and their effect on Norwich.

This highly informative and richly illustrated new book tells “the story of Hitler’s blitz on Norwich and its people” in 1942.

The book offers detailed accounts of the Baedeker raids that destroyed sections of Norwich, claiming 200 civilian lives. The images of the city’s familiar corners, parks, and streets register as shockingly unfamiliar in photographs from the time. Walking the beautiful, safe streets of our city today, it is hard to imagine other times.

Snelling’s book encourages Norwich’s modern citizens to pause and appreciate the city we might usually take for granted. 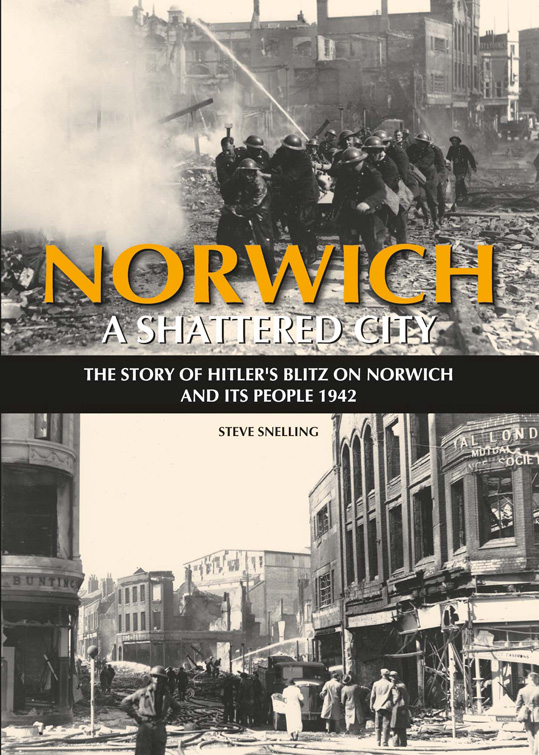