One of our patrons told us about a new film that’s currently out on limited release in selected cinemas: Red Tails (2012), starring Cuba Gooding Jr. and Terrence Howard. It tells the story of a crew of African American USAAF pilots in the Tuskegee training program who, having faced segregation while kept mostly on the ground during World War II, are called into duty under the guidance of Col. A.J. Bullard. Check your local listings for show times. 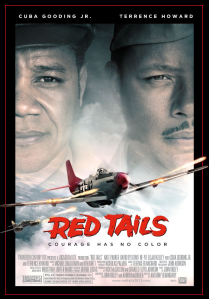 To learn more about the Tuskegee airmen, check out: