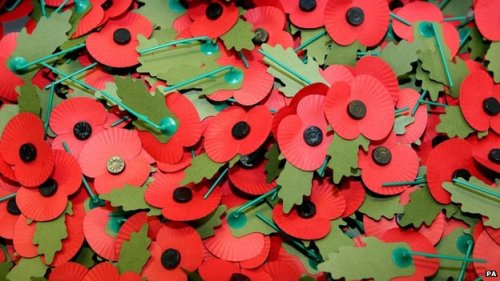 This week at the Memorial Library we have been honoring our veterans both past and present. Commemorations began Sunday November 10, 2013 with a service of remembrance held at the Norwich War Memorial. The service is held in honor of those who have lost their lives during conflicts both past and present. Following the service, military personnel, veterans and many of our Memorial Trust Governors marched in a parade which culminated at the Norwich Cathedral. Similar remembrance ceremonies were held all across Norfolk. Residents of Wymondham, Diss, Thetford, Attleborough, Harleston, Great Yarmouth and Stradbroke gathered on a cold and crisp autumn day to honor all those who have served for the sake of their country. 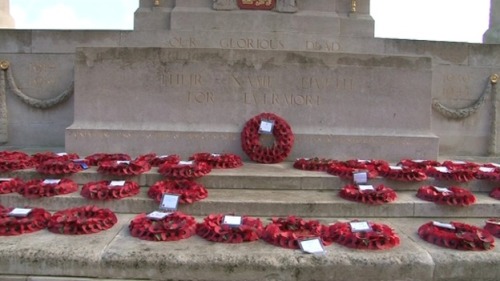 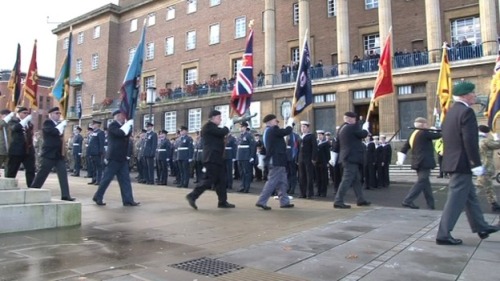 Many of us in the 2AD Library were pleased to welcome back 2nd Air Division veteran pilot and former president of the 2nd Air Division Association Charles (“Chuck”) Walker. Chuck, his wife Dede and his son Charlie returned to Norwich this autumn for a series of remembrance events taking place this week. Chuck and Dede hail all the way from Dallas, Texas while their son Charlie joins us from Maine. Their continued journeys across the pond shed light on the profound impact of the ‘friendly invasion,’ the 2nd Air Division and World War II. We thank Chuck not only for his service as a pilot during the war but for his and his family’s continued tribute and support. Their dedication preserves the memory of that precious relationship built between the Americans and the people of Norfolk those many years ago.

The Walkers will be joining us this evening at the Assembly House for The Biennial Lecture of the Memorial Trust given by Sir Robert Worcester. A native of Kansas City, Missouri, Sir Robert Worcester came to Britain in 1969 where he founded MORI (Market and Opinion Research International Ltd.). Now called Ipsos MORI due to a merger, the organization is the second largest market research organization in the United Kingdom.

In recognition of his outstanding services to political, social and economic research as well as his contribution to government policy and programmes, Robert Worcester was made a Knight Commander of The Most Excellent Order of the British Empire in 2005. In 2006, Sir Worcester was appointed Chancellor of the University of Kent. He is also a former Governor and visiting professor at the London School of Economics and Political Science and an honorary professor in the Department of Politics and International Studies at Warwick University. In total Sir Worcester holds six honorary doctorates including the Distinguished Graduate award from his own alma mater at the University of Kansas in the U.S.

If you would like the chance to meet some of these memorable honourees then please call to book your space at the FREE event tonight in the Assembly House happening at 6pm tonight. More information and contact details can be found on our facebook page at the following link:
https://www.facebook.com/2ndair. Again, another thank you to all the Veterans. 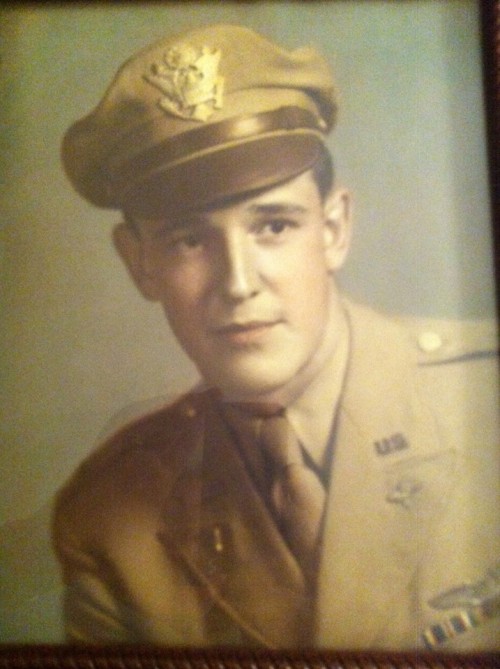 Richard Baynes, B-24 pilot with the 466th Bomb Group (H) – Attlebridge. ‘He was laid to rest at a beautiful service in Arlington National Cemetery,’ says his daughter Beverly Tomb 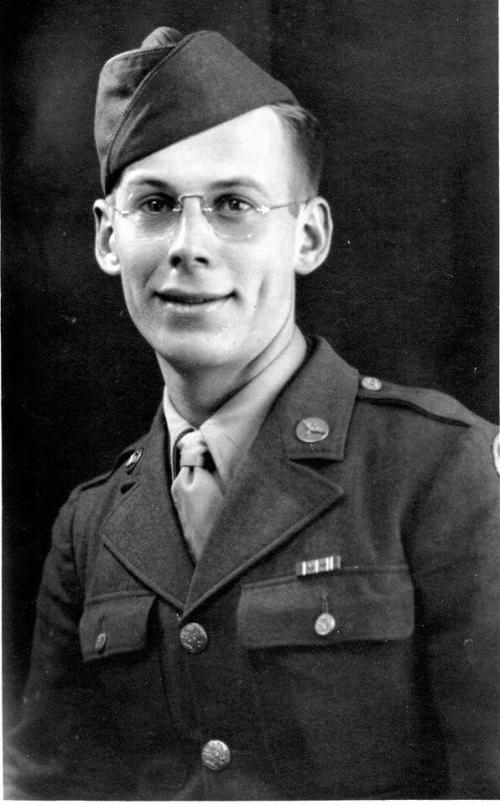 Robert Drummond of the 2nd Air Division remembered by his daughter Joanne Drummond.